A pantry filled with jars and barrels… Sauerkraut placed in barrels… Peppers filled with sauerkraut… That’s what housewives do when autumn is near. 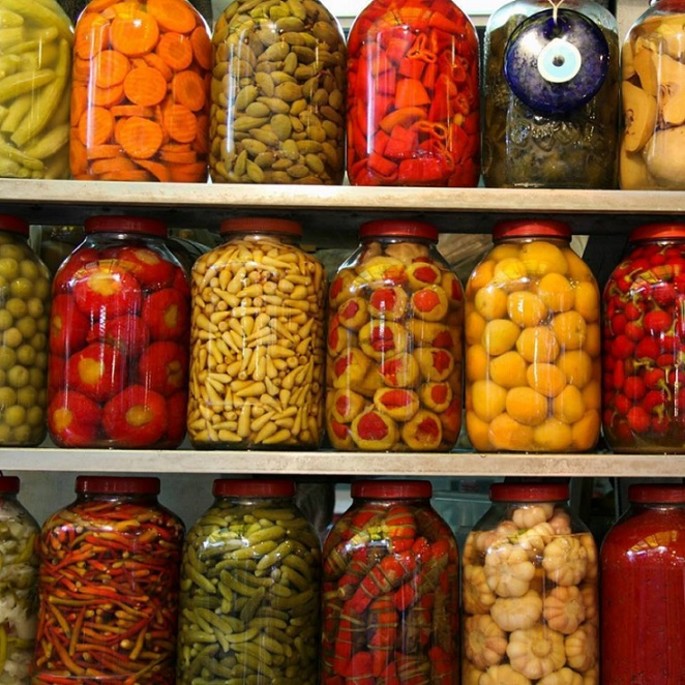 Pickles are vital for Romanian meals, especially during winter. When the autumn begins, the jars and barrels are filled with peppers, cabbage, cucumbers and whatever each person likes... When summer meets autumn and fresh vegetables make their way to markets, making pickles is almost a tradition for each housewife. Everything leads to a pantry filled with colorful jars that will be delicious companions of meals during the winter, especially at Christmas or New Year’s time. 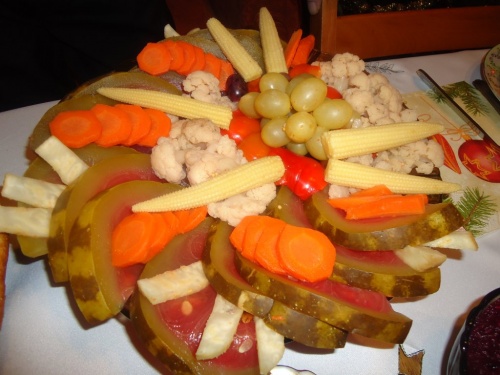 From early cold days and until spring, dishes are accompanied by various vegetables and fruits pickled in vinegar or brine. It is said that pickles play the same role as red wine: they make steak easier to digest! During the time when pickle jars are made, ladies exchange recipes, some are traditional and others have ingredients that recently made their way to the Romanian cuisine. The main thing is that for making pickles, several basic principles are in place.

For any type of pickles, one needs leaf celery root, garlic, carrots, onion bulbs, thyme, horseradish, salt, vinegar, bay leafs, pepper, aspirin and preservative. They all give flavor to the jarred vegetables and keep them firm and fresh. What can one pickle? Almost anything and according to the same recipe:  quince and watermelon, cabbage, peppers, red peppers, cauliflower, grapes, and oranges.

Pickles in brine placed in barrels are one of the oldest methods for preserving vegetables for winter. Brine is easy to make considering no boiling is involved. For centuries, Romanians have been making pickles in brine. Put 2 tablespoons salt in one liter of water and mix the vegetables as desired by the entire family. Watermelons, cucumbers, cauliflower, cabbage or quince can share the same barrel. During winter holidays, they will be very delicious next to traditional dishes.

Because sarmale[1] is part of the basic Romanian menu, sauerkraut is a must have. The barrel in which cabbage is placed is said to be made of oak and tuica[2] must have been kept in it previously. Put about 25 cabbage pieces in a barrel and give the taste of sauerkraut suited for sarmale by the help of horseradish, pepper, corn, thyme, and dill. Among other forms of pickles, there are peppers stuffed with cabbage, dill and parsley in a jar, and eggplants in tomato sauce. Famous chefs describe pickles as a cuisine masterpiece, a decoration art meant for the eyes before enjoying the mouth.