THE ART is his prayer and Romania, THE SOUND ...Nicolae Voiculeţ

Along with his pan-pipe he walked barefoot through the world… He saw daylight in Sinaia, in a winter day in the house of people initiate spiritually, coming to life to be led into the world of maternal sound through he was living and breathing.

He went on stage since the age of five and played with major orchestras of the time. He went on to participate in the most prestigious festivals of creation. He chose to be a dignified personality, discrete, which honors his people through sound, dedicating himself to a complex instrument with divine sounds, like pan-pipe.

Along with his pan-pipe he walked barefoot through the world, sharing the complex nature of being Romanian, paying homage to the past and ancestors, carry their success in the grace and vibration of his lands crying. Romanian folklore flows in his veins and there was no moment in which he denied his origin. 23 years ago he set in Chicago, the first school of pan-pipe in America. The tact and love for musical pedagogy inherited from his teacher, master Gheorghe Zamfir, in the four years he attended to the Academy of Music. Master-disciple relationship was transformed over time into one of friendship and gratitude, because Gheorghe Zamfir recognized and delegated Nicolae Voiculeţ as his descendant and successor in the sublime pan-pipe. 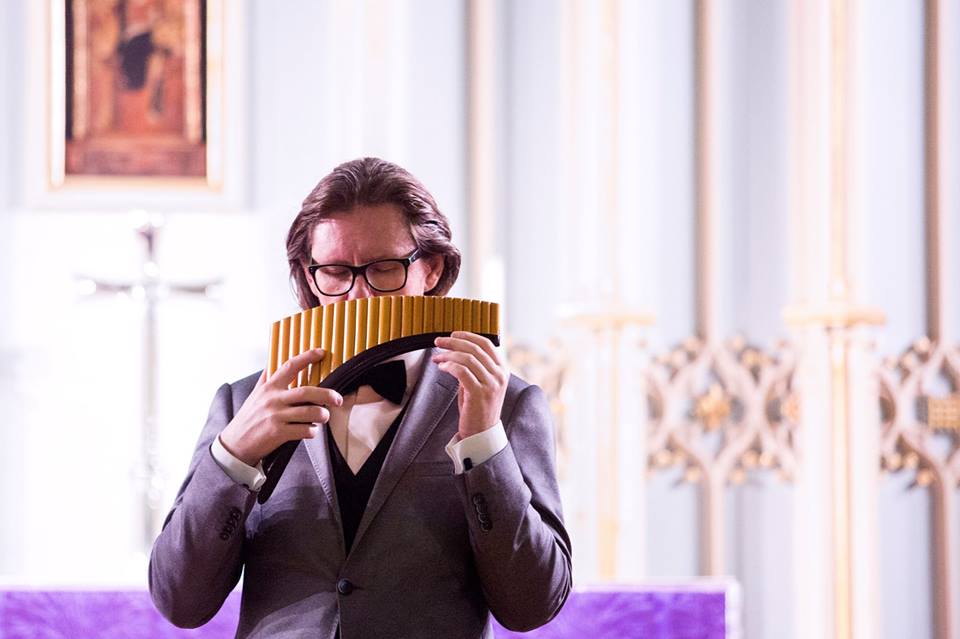 The artist, who has performed in front of more than 65 leaders of state, royal figures and nobility, which had the privilege to expose the entire creative process of his compositions, made known his peoples tradition through sound in over a hundred concerts in various corners of the world.

Nicolae Voiculeţ, a man aware of his mission in the world, an artist evolved in spirit, in art and in love by his natives, continues to eulogize his homeland through song, worldwide, THE ART is his prayer and Romania, THE SOUND.