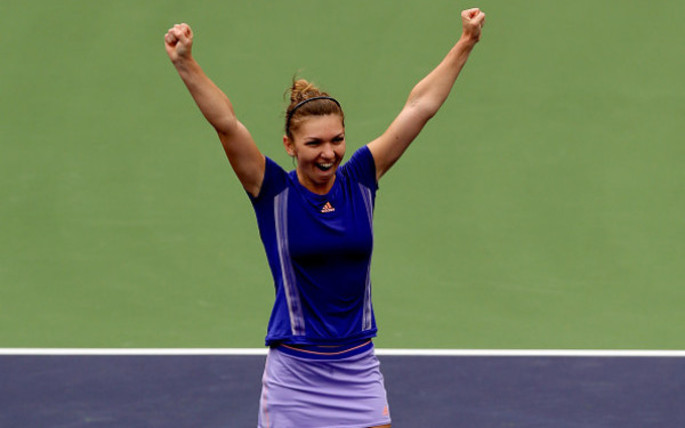 Becoming a champion requires a lot of talent, hard work and sacrifice. It goes without saying that there are a lot of talented people out there who don’t make it because they don’t have what it takes to go the distance. This, however, is not the case of Romanian tennis player Simona Halep, who, at only 23, is considered the second best tennis player in the world.

Her journey to the top was not an easy one. She started taking tennis lessons at the age of four after seeing her elder brother play. Her father, also a sportsman, had wanted to make his son a tennis player, but by the time the boy was 11, it became evident that he would not be able to sustain a career. Simona, on the other hand, showed immense talent and determination, and so, her father decided to endorse her from then on.

This choice of career required her to dedicate the better part of her childhood to practice. When she was 6, she was playing tennis every single day and trains constantly to this day. Additionally, a lot of money went into her training and equipment.

She has also complained about being on her own all the time and away from her family. But, perhaps the most difficult sacrifice she has made was undergoing a breast reduction surgery. Her large chest made her uncomfortable when she played. She talks about these things with serenity and without a trace of regret.

She says that she made the decision to play tennis and that she is thankful for having had the courage to follow it through. And luckily, her hard work did not go unrewarded.

She won a Grand Slam championship as a teenager and was World Number 1 in juniors. In 2013, at Internazionali BNL d'Italia, she beat 4 big players:  Svetlana Kuznetsova, Agnieszka Radwanska, Roberta Vinci and Jelena Jankovic. She eventually lost to Serena Williams, but this feat and many others that followed that year brought her the title of “WTA's Most Improved Player of The Year”.

Today, due to sacrifices of whatever nature, raw talent and determination, she has become the number 1 player in Romania and number 2 in the world. And she is only at the beginning of her career.