A tasty and juicy recipe that brings you back in time, a revival of those precious childhood’s memories that will always bring a smile to my heart 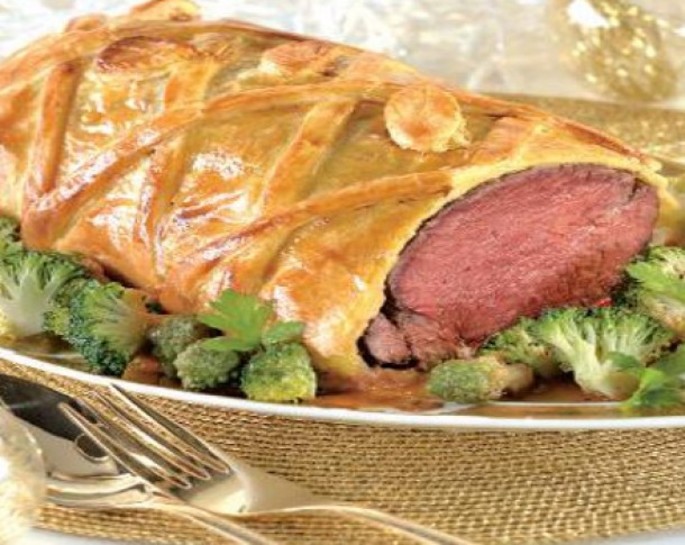 I remember with nostalgia my grandmother making this recipe with wholewheat and fried pork lean meat, kept previously in lard. There was an inebriating mixture of perfumes in the kitchen and when she took it out of the oven, we were all around the table waiting anxiously to taste it. 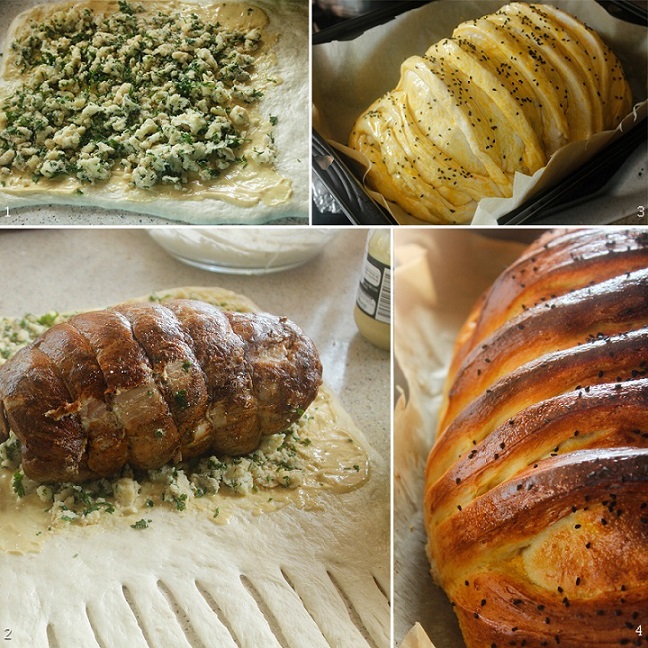 The method of preparation:

After the dough increases, it is placed on a wooden board which is greased with oil and stretch it out in a rectangular shape until it reaches a thickness of 2 cm.

The rectangle dough is divided into three equal parts. Two portions are anointed with a thin layer of mustard and sprinkled with breadcrumb, dill and chopped green parsley and shredded cheeses. 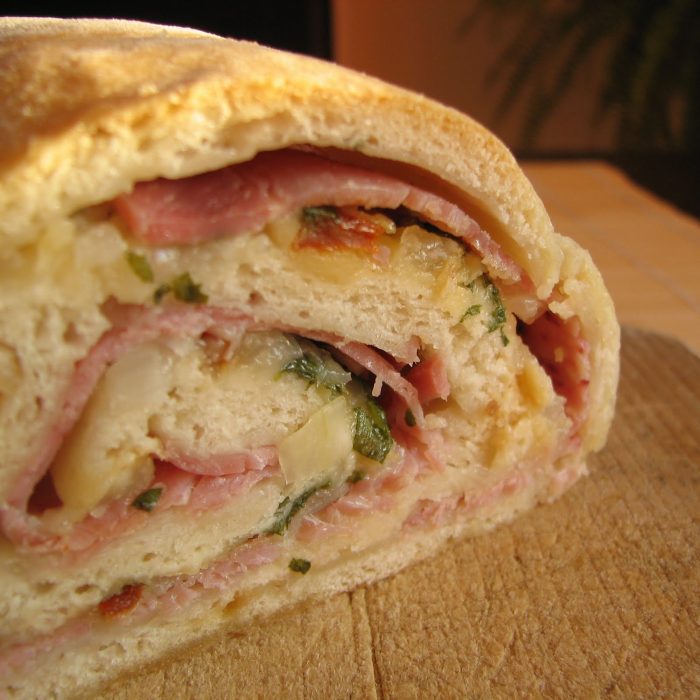 At one end is placed the meat while the remaining dough portion is cut on the edge to a distance of 2-3 cm. The dough is wrapped from the edge where the meat is, while the carved portion stays above. Place it in a tray covered with baking paper, sprinkle it with the egg yolk that was mixed before with a spoonful of water, then sprinkle sesame seeds. Bake at 200 degrees Celsius.

Bake it for half an hour until the bread is browned. The baked bread is placed on a grill to cool and covered with a thick kitchen towel to cool slowly.

After it has cooled completely, cut the heads (without meat) and slice it as desired. If you want some smaller breads, cut the piece of meat on length and divide the dough into two halves, then assemble each piece of bread.

It can be eaten as an appetizer (cold), but also as a main meal (hot, from the oven), along with a vegetable garnish, or salad (beets with cren, as my grandmother did).