The Tea House of the Queen Mary, at the foot of the Bran Castle, a real attraction for tourists

Bran Castle, the most famous tourist attraction in Romania, in particular because of the bloody legend of Count Dracula, annually attracts thousands of tourists from around the world, fascinated by the stories of vampires, but also curious to admire a unique monument, came out of a fairy tale world. In the near future, the Bran Castle will have another attraction, namely the Tea House of Queen Mary, which will be renovated and turned into a special local where the tourists can serve various beverages, such as tea, coffee, etc. 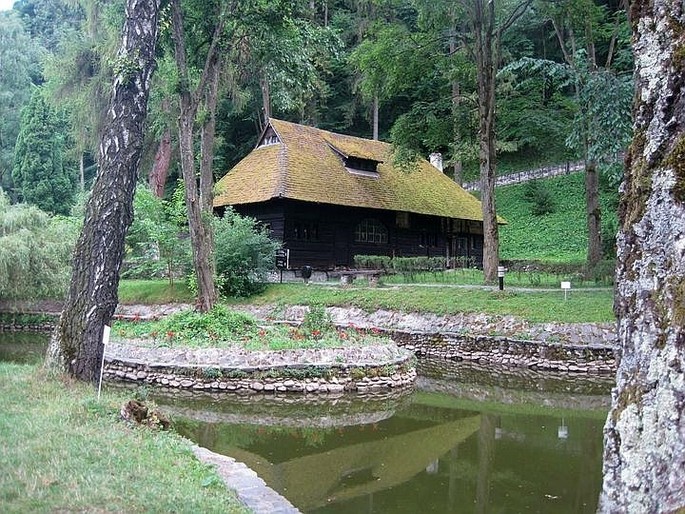 Bran Castle, known as Dracula's Castle, is 30 km from the Brasov city and is one of the most spectacular place and one of the most beautiful tourist objectives of Romania. The palace is visited by tourists from all over the world, curious to find out more exciting aspects about the legend of Count Dracula, which in fact the title received by Vlad the Impaler.

Dracula's Castle is not only the most popular tourist attraction in Romania, but also the most profitable. Annually, Bran Castle brings in over a million euros.

This year, the Castle of Dracula will have another tourist attraction. This is the Tea House of Queen Mary, at the foot of the castle. The building will be restored and then converted into a café, where tourists can relax. All thanks to the Habsburg family, who decided to invest € 300,000 to modernize the Teahouse of Queen Maria.

The building dates back to 1920, the house being the place where Queen Marie of Romania was receiving guests to Bran, for a chat and a coffee. The Tea House was built in two phases, after Queen Maria received the Bran Castle by the City Council of Brasov in gratitude for his contribution to the unification of Romania.

After the death of Queen Marie of Romania, Dracula's castle remained in the ownership of Princess Ileana, who married a member of the Habsburg family. Unfortunately, after the royal family left the country in 1948, the historic building was nationalized and abandoned, becoming with time almost a ruin. Only after the '90s, the Tea House of Queen Mary has been partly restored.