The Bison Reserve in Haţeg - a unique tourist attraction 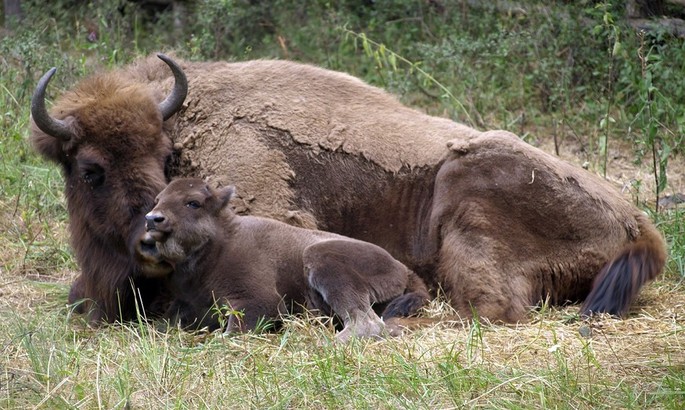 Only 4 kilometers from the city of Haţeg is the beautiful Bison Reserve Silvuţ-Haţeg, named after the forest and the county in which it is located.

It was founded in 1958, when two bison called Podarec and Polonka were brought to Romania from Poland. Today the reserve is home to 6 bison, according to internet sources, although the number reached 23 at one point.

The reserve is a 50 acre forest that contains hornbeams, oak and fir trees. The Bison Reserve in Haţeg is the first place in Romania where the bison appeared again. After the initial two specimens were brought from Poland in 1958, yet another one called Pumila was brought over, a year later, also from Poland. Within only two years, the bison in Haţeg had mated and the reserve had 12 exemplars. The ones that were born in Romania were given names starting with “Ro”.

Over the years, a total of 47 calves were born at the Silvuţ-Haţeg Reserve, but some of them were sent to other parts of the country where reserves were founded. At present there are only around 3.000 bison left in the entire world.

There was a time when they used to cover large areas in Europe and Asia, but due to poaching they became endangered. The species that can be found in Europe at present is a hybrid between the Caucasian Bison and the Lowland Bison. A Caucasian Bison was captured in 1908 and taken to Germany, where he lived 18 years in captivity. There, he bred with females of the Lowland species and produced the species known today as the European Bison.

The last exemplar of the Caucasian species living in the wild was killed in 1927. Bison started to decrease in numbers as early as the 11th century, due to poaching. A few exemplars survived in the Ardennes until the 1300. Their numbers continued on the downward spiral until the last one was killed in 1927 in the Caucasus Mountains. At the time, there were only 50 exemplars living in captivity.

In Romania, the bison disappeared in the 18th century; with the last exemplar in the wild being killed in Transylvania in 1790.