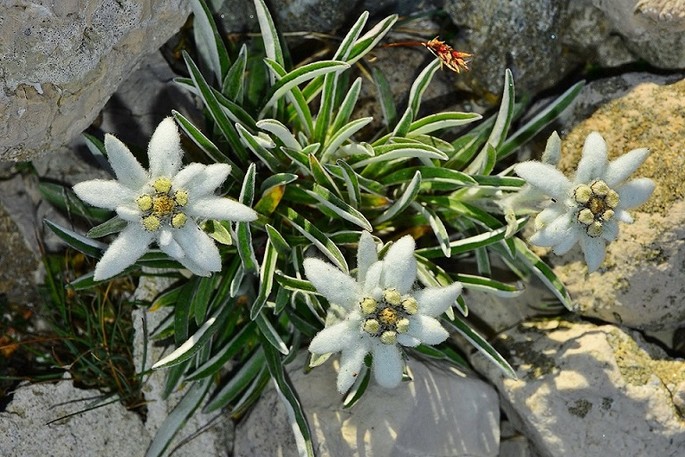 The Edelweiss is a rare flower that can be found in the Alps and the Carpathians. Because it used to be so difficult to reach, as it could usually be found on the highest and steepest rocks, it became the symbol for alpinism and for purity and rough beauty in the 19th century.

Its scientific name is Leontopodium alpinum, which is a latinization of the Greek leontopódion, which means “lion's paw”. The name Edelweiss comes from the German Edelweiß, which means “noble white”. It is also referred to as Chatzen-Talpen, which means "cat's paws", or Wullbluomen, meaning "wool flower".

In Romania, it was declared a monument of nature in 1931 after becoming so rare that it was in danger of extinction. It is protected in other countries as well, like Austria, Bulgaria, Croatia and Switzerland.

The plant thrives at altitudes ranging from 1800 to 3000 meters, on the steepest rocks, where it is very difficult for people to climb. In Romania, it can be seen in the Mountains Vrancea, Bucegi, Fagaras, Maramures, Rodna and a few others.

The edelweiss is a mountain flower that blooms in the summer, between July and September and is part of the Asteraceae family, together with the daisy and the sunflower. It is a short-lived flower and one of the rarest and most beautiful in the mountain flora. Its stem is straight and can reach up to 20-30 centimeters in height. It has many small flowers of an immaculate white, which are covered with a dense hair that seems to be an adaptation to the harsh climate. The petals are arranged in such a manner that they create the shape of a single star. The root is usually buried in the ground in the small holes between the calcareous rocks. 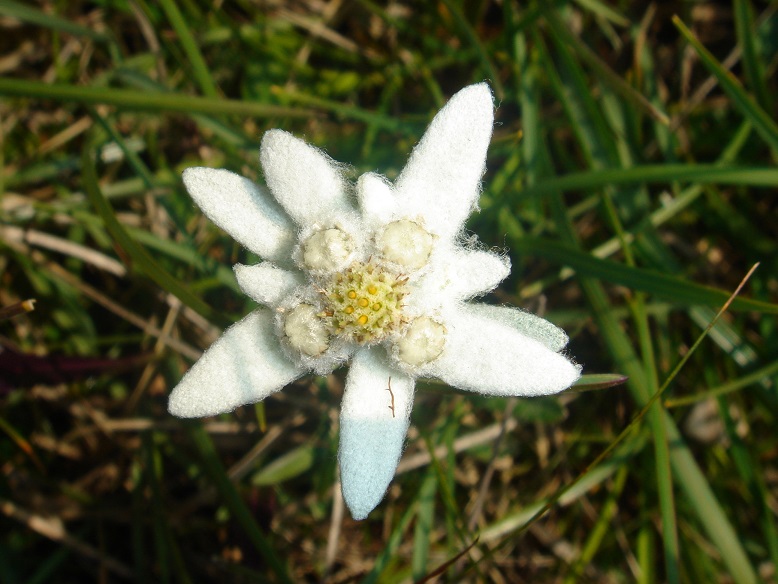 The edelweiss is so highly regarded, that it has been adopted as the symbol for some of the most prestigious state organizations. For instance, in the Swiss army, the insignia for the highest ranks is in the form of the edelweiss. It is also the insignia of the Polish, Austrian, German and Romanian alpine troops. In Romania, the edelweiss is also featured on the 50 Ron note.