Orsova - The Old and The New Town

An entire town flooded by Danube water. Another town built in its stead. The same name: Orsova! 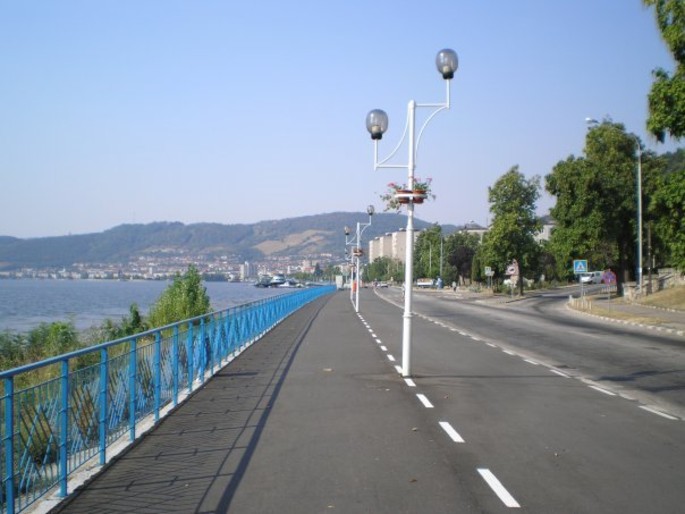 The border between Banat and Oltenia regions is deemed to be in Mehedinti County near Orsova. From its soil, Danube River flows to the southern side, and Orsova town is a gateway from Banat to the southern part of Romania. For those visiting it even for a short while, the town is surprisingly beautiful due to its recently built waterfront along Danube.

Very few would think that another town is under water. It is where what the locals call today Old Orsova was flooded. It was an entire town, now flooded, with a long interesting history. Under Danube water, whole history pages of the town are located, from the traces of Dacians and Romans to the Ottoman and Austrian periods. What one can see now is Orsova built after 1970 named New Orsova. When Portile de Fier (Iron Gates) dam was built, several towns in that area were flooded. Old Orsova is one of them and nothing was left of it. Some locals still keep images and postcards reminding them of the old town.

A traveler that saw the old town during its Ottoman period, around year 1524, wrote that back then Orsova was a citadel on Danube banks. It is said that the town was occupied by the Turks that year and became one of the Ottoman capital towns in 1527. Testimonies of those that saw the town say it was surrounded by dirt walls on Danube banks and had two gates: a small one leading to the water and another one leading to the town. Danube water bathed the citadel’s southern part.

Among all houses that were there, the bey’s palace was the most beautiful. After 1718, Banat region was included in the Austro-Hungarian Empire and the town’s Austrian feel vanished with the buildings lost in Danube water.

In 1918, Banat became Romanian soil, but that influence was lost too. After building New Orsova, the Communist regime insisted on economically developing the town by industrialization.

Today, in Orsova people admire Danube from the waterfront and listen to the locals that still remember the old town. Nearby, Baile Herculane resort, Mraconia Monastery, and Portile de Fier hydroelectric plant are located. The road takes one to the southern part of the country and its capital city Drobeta-Turnu Severin is the next city Danube crosses.