The bride kidnapping, a funny tradition customary at weddings in Romania

Romanians are a joyful people. It is also shown by one of the funniest tradition during the Romanian wedding: the bride kidnapping 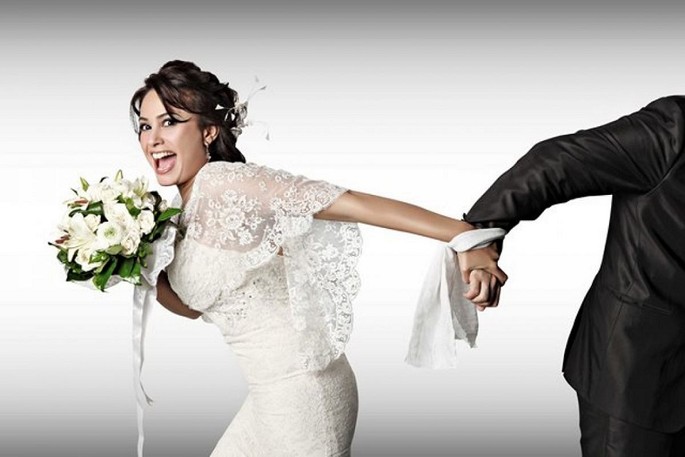 In Romania, there is a wedding in which the bride is not stolen. This habit is usually considered by the wedding guests as the funniest moment of the evening. But what is actually the origin of this spectacular tradition and what does it mean?

"One of the most picturesque habits of Romania" – as it has been described three years ago, the bride kidnapping by journalists of the Daily Mail, who were impressed by this tradition of Romanians. "The tradition of the bride kidnapping from the groom and the guests in the middle of the celebration of the wedding becomes more and more spectacular, more scandalous and it is something you see often in the capital of Romania, the undeniable Balkan city of fun" wrote the Daily Mail.

The tradition of bride kidnapping dates back to antiquity, when most weddings were bargained without the agreement of the bride. According to legend, the kidnappers of the Sabines were the first bride kidnappers. After Rome was founded, the Romans wanted to populate it, which is why they organized a party where they invited the Sabine tribe, famous for its beautiful women. However, at the end of the party, the Romans stole their wives, daughters and sisters. But when the Sabines return to take their women back, they did not want to go home because they fell in love with the kidnappers.

Nowadays, stealing the bride has become a funny moment that has its moral. Namely, the groom has to keep an eye on his wife, so as not to be stolen by anyone. If he’s not careful and the kidnapping happens, then she must be symbolically redeemed. Currently, most of the time, the brides kidnappers ask as reward a bottle of whiskey or champagne, or a declaration of love made in public.

According to tradition, if the bride was kidnapped until midnight, the godfather is the one who pays the ransom, and if she was stolen after midnight, is the groom who must negotiate with the kidnappers. Also, a popular saying says that a bride, in order to capture more value, she must be stolen for joke at the wedding.

In Bucharest, the Arc de Triumph is the most popular place where stolen brides are brought.