Have you always wanted to visit a place that sends shivers down your spine the moment you arrive? Then Baciu Forest is definitely a place that you will like. 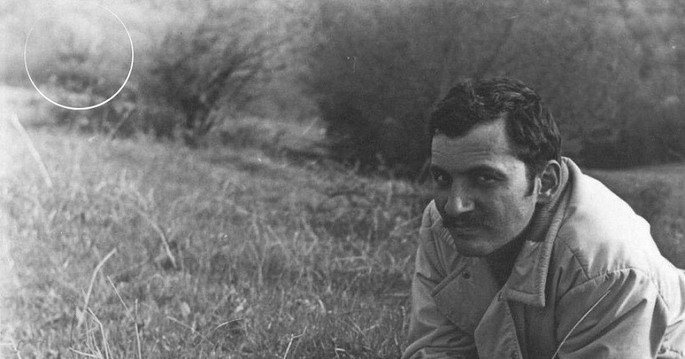 Humanoid face in the background

Only about 30 km outside of Cluj-Napoca is one of the most mysterious places in Transylvania and perhaps in Romania as well: Baciu Forest. The stories about this place include everything from strange objects resembling UFOs, to luminous spheres, to human faces and humanoid shapes. They are the reason why Baciu Forest is considered the most active site of paranormal phenomena in the world.

The first ever recorded phenomenon was the sighting of a UFO – or what appeared to be one - hovering above the forest. The date was 18 August, 1968, and the protagonist, Emil Barnea, a military technician, on an outing with family and friends. He was gathering firewood, unsuspecting, when someone from his party called out to him to go back to where they were. As he rejoined his friends, he was startled by the huge round object that was floating above them. The altitude at which it was flying was so astoundingly low that it allowed for very close inspection. Barnea seized the opportunity and quickly took a few shots of the mysterious entity. The resulting photos are duly considered the clearest images featuring a UFO.

Drawn by stories about the forest, the biologist Alexandru Sift (1936-1993) started researching the strange occurrences in the 1950s; and it would not be long before he too would undergo peculiar experiences. Soon after his first incursions into the forest, he reported feeling like he was constantly accompanied and watched by certain presences - he called them “shadows”. These shadows would sometimes take the shape of a couple – a man and a woman – who would disappear into thin air as soon as they caught sight of him. He did manage to catch the man on camera once though: right after the woman had disappeared and just as the man was starting to disappear himself. The photograph depicts the peculiar being with a stub for an arm and with parts of its body becoming translucent: a phenomenon referred to as “dematerialization” among connoisseurs.

This precious piece of evidence is sadly one of the few of its kind that still exist, as the better part of the scholar’s collection was stolen and destroyed soon after his passing.

His work has since attracted many followers and not only has the collection been restacked with many other valuable items but new collections have been established as well.

Psychology Professor, Adrian Patrut, has garnered his own material and has become one of the most notable continuators of Sift’s endeavor. His repertoire includes images of immaterial shapes, beams of light, spherical objects, none of which can be logically accounted for.

With evidence amassed by reputable scholars – trustworthy sources – and with numerous other accounts from locals, what are we to make of these uncanny events that seem difficult to refute at face value? Is the evidence truly watertight?

Even Patrut, otherwise a firm believer, casts some reasonable doubt on these findings when he confesses that they are contingent upon the person entering the forest. Namely, if you are a skeptic, you are likely to come out of there completely unscathed.

Moreover, many people living in the vicinity of the forest disclaim the validity of the alleged supernatural manifestations. Quite a few say they have not witnessed anything out of the ordinary over a lifetime of living in those parts. A man who used to be a ranger in the forest claims to have spent many nights there and not have noticed anything strange.

With such contradictory witness accounts, it is difficult to decide what to believe. Or, perhaps, it is not so difficult to choose what to believe, but to ascertain the truth. Evidently, it is up to each and every person who goes there to decide for themselves. And many people should indeed visit the forest, as it is liable to take your breath away, paranormal occurrences or not.

Objects resembling UFOs not visible with the naked eye

Strange object in the sky

Human face that appeared on film